Dog training is an area that is rife with theories and 'experts'. It is impressive the amount of nonsense that gets circulated when you consider that psychologists have been studying animal learning and behaviour since the 1960's. This branch of experimental psychology has some of the most replicated findings in the whole discipline. All of this means we have a very good idea how animals learn and how you can train them best. And yet the majority of people carry around some very odd notions about dogs and how they learn.

There kinds of beliefs are usually called intuitive folk theories and people have them about all sorts of things. Most people have intuitive psychological theories and intuitive theories about physics and statistics. These theories are best guesses and for lots of situations they work fine, but when you compare them to actual empirical science they tend to be horrendously wrong. Below I have listed some of those that in my opinion are the most misinformed and require immediate rebuttal.

1) Dogs are basically wolves. You need to be alpha and dominant otherwise your dog doesn't respect you and will never behave. 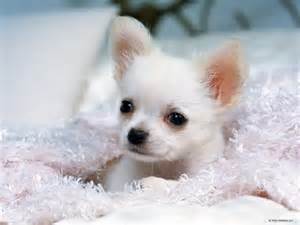 Dogs were domesticated between 20, 000 and 40,000 years ago. At this point, they started to take a totally different evolutionary path to their wolfy cousins. We selectively bred the wolves with the gentlest temperament and the least aggression. We killed pups that represented a danger to us. Wolves on the other hand started having to become less social and more aggressive to survive us with our newly gained weapon. So dogs become more and more docile and wild wolves become more aggressive and less sociable. Dogs learned to do things that no wolf does. Dogs watch human facial expressions very carefully. They have learned over the long years with us that our faces provide excellent clues about how humans are feeling. Wolves do not read human facial expressions. They have not had the benefit on learning how we express our emotional states. Dogs do have a social hierarchy but it is far less rigid and more nuanced than one dominant alpha and the remainder as subservient. Human beings also have social hierarchies but this doesn't mean we learn best by being dominated. There is a wonderful book called Dog Sense which is packed with empirical research on this topic and dispels the dogs = small wolves myth beautifully. Many training schools will say that their commands are better because they work with natural body language or using a dog whistle is better because it sends a pure signal. There isn't a lot in these claims. There are some things that are generally true about animal learning. Reinforcement works better than punishment. A reward that is more desired works better than a reward that is less desired. Other than a few guidelines like this, animals can be trained to learn to do some pretty unnatural things in response to some unnatural cues. A rat can be taught to push a lever to dispense cocaine just by using conditioning principles. Lever pushing isn't a natural action for a rat and cocaine isn't a natural appetive stimulus for a rat and yet they can learn this with relative ease. 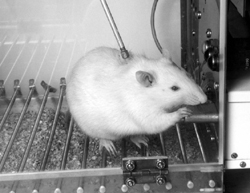 3) Dogs can feel guilt. A variant of "my dog knows when he has done something wrong".

Here is the scenario. You come home from work and puppy has weed on the carpet. You call him over in a gruff tone and point angrily at the carpet. He tucks his tail under his legs and starts skulking around. You know he knows what he has done. So you discipline him. Job done. He has learned a valuable lesson...right? So very wrong.  Your dog cannot learn an associated between an action that happened four hours ago and an outcome now. He can't even learn an association between something that happened four minutes ago and now. You need to reinforce or punish a behaviour within 5 seconds of it occurring or all your dog is learning is that you are an unpredictable weirdo.

"But he looked so guilty". Dogs are not capable of feeling guilt. Guilt is a very complex emotion that requires the ability to engage in counter factual thinking and perspective taking. That is, the dog would need to have the ability to think "I could have not peed on the carpet and peed on the grass instead" and "Even though I am happy to pee on the carpet my owner doesn't like it". Dogs do not have these cognitive abilities. Small children don't even have these abilities. Perspective taking in particular doesn't fully develop until around the age of seven.

I have complex cognitive skills that eclipse your three year old's. Or not.


So why does your doggy look 'guilty'? He is responding to your tone and body language and trying to appease you with his behaviours. This is how dogs say, "I'm sorry, don't hurt me." If you saw that wee and instead of getting stiff and angry said, "boo boo babykins" in an excited happy tone, your dog would waggle his tail and come over to be petted. So what have you taught your dog with this experience? You have taught him that you coming home is a bad thing. You have taught him that coming when you call is a bad thing. In short, you have not taught him what you intended and you have instead taught him two things you didn't intend to teach him.

"Alright then, how the hell am I suppose to teach my dog then?"
Well, the most effective way to teach your dog is through simple conditioning procedures. I will run through these briefly.

In the wonderful world of Skinner boxes and lever pushing rats things can be reinforcements or punishments and they can be negative and positive. And that, by and large, is it.


·         Negative means I am removing/subtracting something

To avoid confusion don't think of positive and negative as good and bad. Think about them as the mathematical symbols 'plus' and 'minus'. Positive is adding something. Negative is subtracting something.
Then we put them all together.


Positive reinforcement = When the dog performs a behaviour on cue I give the dog something to increase the likelihood of that behaviour occurring again. This needs to be something the dog likes (appetitive). An example is giving the dog a treat when he sits.

Negative reinforcement = When the dog performs a behaviour on cue and I take something away that will increase the likelihood of that behaviour. This needs to be something the dog doesn't like (aversive) and is motivated to avoid by producing the desired behaviour. Negative reinforcement doesn't get used very often in dog training. An example would be if the dog had rolled in something smelly and didn't like the odour. You put the dog in the bath and afterwards the bad smell is gone. The act of taking a bath has now been negatively reinforced because the bad smell that was present is gone.
It is important to remember that if you see a bad behaviour, introduce something negative into the situation (a loud noise) and then remove it when the bad behaviour stops this is NOT negative reinforcement.  This would be an example of positive punishment.

Positive punishment (punishment by applications): if the dog performs a behaviour and I do something to decrease the likelihood of the behaviour. This traditionally means adding something to the situation that the dog doesn’t like (aversive).  An example would be if you gave a sharp 'no' when the dog grabs at your shoe. The dog drops the shoe and is less likely grab it in the future because that behaviour is associated with something he doesn't like.

Negative punishment (punishment by removal): if the dog performs a behaviour and I take away something to this decreases the likelihood of the behaviour. Logically, this means you are taking away something the dog likes (appetitive stimulus). So if your dog jumps up on you and you turn around and face your back to him, this is negative punishment. You are removing something the dog likes (your attention) and this will decrease the likelihood of the puppy jumping up again.

A simple summary is given here:

Using these guidelines you can increase the behaviours you want to see in your dog and decrease the behaviours you don't want to see and without having to pee on your dog to assert yourself as alpha (the way wolves do). If you want to try peeing on your dog periodically and see how effectively that modified your dog's behaviour, you could. I will let the American Veterinary Society of Animal Behaviour have the last word here because they seem like guys who would know what they are talking about.

"Despite the fact that advances in behaviour research have modified our understanding of social hierarchies in wolves, many animal trainers continue to base their training methods on outdated perceptions of dominance theory. Dominance is defined as a relationship between individual animals that is established by force/aggression and submission, to determine who has priority access to multiple resources such as food, preferred resting spots, and mates (Bernstein 1981; Drews 1993). Most undesirable behaviours in our pets are not related to priority access to resources; rather, they are due to accidental rewarding of the undesirable behaviour. The AVSAB emphasizes that animal training, behaviour prevention strategies, and behaviour modification programs should follow the scientifically based guidelines of positive reinforcement, operant conditioning, classical conditioning, desensitization, and counter conditioning."